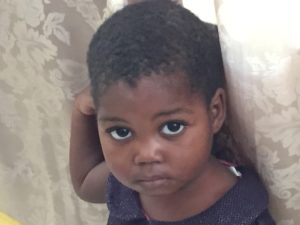 Haiti is the poorest country in the Western Hemisphere. Almost 70% of the population live below the poverty line. Most families live on $1.25 a day. The infant mortality rate is 57%. Life expectancy is 54 years old. There are nearly 500,000 orphaned children in Haiti. There are many reasons that play into why there are so many orphans. 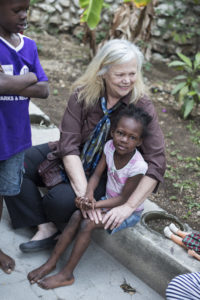 Some of these children have parents but due to extreme poverty their parents can’t afford to take care of them. They are given away by their parents as indentured servants because at least they will be fed. A child who stays with and works for another family is called a “restavec” (rester avec), in Creole. According to the Restavec Children Foundation, these children are often given away or sold by poor families in order to survive. Frequently the children’s most basic rights to health and education are denied. They are not paid for their work and often abused. The restavec boys and the girls often flee at the age of 12-13, joining one of the many street gangs or ending up as prostitutes. These children are considered part of the human trafficking trade.

Some children really are orphans and have lost their parents to earthquakes or other natural disasters. After the earthquake in 2010, more than 4000 children became instant orphans. Some have lost their parent to HIV-AIDS. As of 2012, 100,000 children were orphaned because their parents died of HIV-AIDS. Some children have been sold into sex trafficking. According to the United Nations and the Organization of American States, around 30,000 Haitian children are illegally smuggled into the Dominican Republic every year to work as child prostitutes or be forced into other degrading occupations.

At Children’s Truth Foundation we have partnered with licensed orphanages (creches) to provide therapy for traumatized children. Our therapeutic approach includes initial assessments and evaluations, play/experiential/art therapy, group therapy and individual therapy. Our International Mobile Trauma Team(IMTT) finds qualified Haitian counselors that are trained on our curriculum. They then create the therapeutic community for these children in their own language and in their own culture.5 We believe that this approach creates the best opportunity for these children to heal. 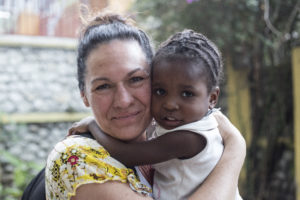 monthly training of school counselors (85-100) and month training and delivery to 23 Community Centers.

Our third initiative serves the Utah population by providing scholarships to children who have experienced trauma right here in our own back yards.